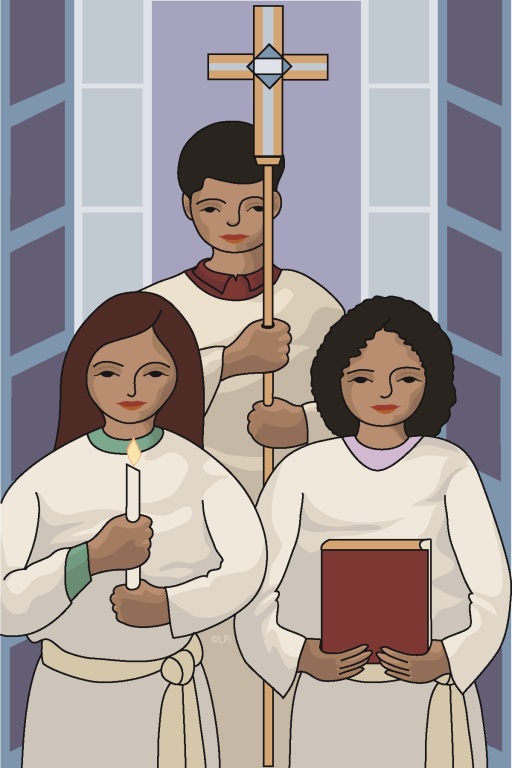 The following guidelines were prepared by the Committee on the Liturgy and presented to the National Conference of Catholic Bishops for discussion at the June 1994 Special Assembly on Thursday, June 16, 1994. The suggested guidelines have been slightly revised according to the third edition of the General Instruction of the Roman Missal. They may be used as a basis for developing diocesan guidelines.

Although institution into the ministry of acolyte is reserved to lay men, the diocesan bishop may permit the liturgical functions of the instituted acolyte to be carried out by altar servers, men and women, boys and girls. Such persons may carry out all the functions listed in no. 100 (with the exception of the distribution of Holy Communion) and nos. 187 - 190 and no. 193 of the General Instruction of the Roman Missal.

The Order for the Blessing of Altar Servers, Sacristans, Musicians, and Ushers (Book of Blessings, nos. 1847-1870) may be used before servers first begin to function in this ministry. USCCB

At Prince of Peace, the altar servers assist the priest in the celebration of the liturgy. Servers report greater engagement, and as a consequence, a greater appreciation for our Holy Mass.